Watch live broadcasts from online cameras in the Grand Rapids. Grand Rapids is a city in Minnesota, USA. It is the administrative center of Itasca County. The city has a population of 10,000. Until 2010, the area of the city was 20.9 km², during the abolition of the Township of Grand Rapids, part of the town's territory and population passed into the city. The city is located on the Mississippi River. It was founded as a settlement of lumberjacks, thanks to the proximity of the river, the forest could be floated to other cities. In 1902, the first paper mill was opened in the city.

Most popular webcams in Grand Rapids 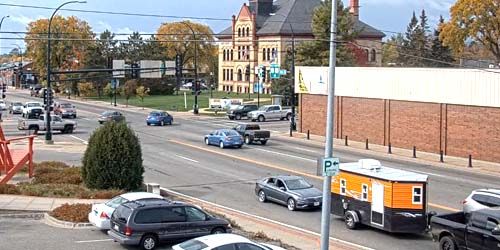 Do not forget to see other live cameras in Grand Rapids