Watch live broadcasts from online cameras in the Puerto Rico. Puerto Rico is an island in the Caribbean and an unincorporated organized territory of the United States, famous for its mountains, waterfalls and El Yunque rainforest. The capital and largest city of the San Juan Territory is home to a variety of hotels, bars and casinos along the long stretch of beaches in Isla Verde. Old San Juan is known for its colorful Spanish colonial buildings and the huge fortresses of El Morro and La Fortaleza. The population of the island is three million two hundred thousand people.

Most popular webcams in Puerto Rico 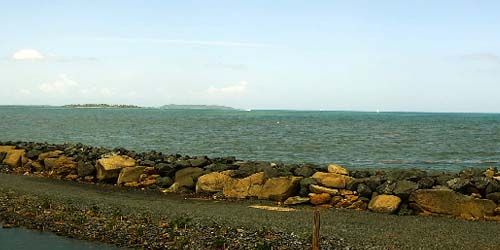 Do not forget to see other live cameras in Puerto Rico