Watch live broadcasts from online cameras in the New Jersey. New Jersey is a state in the northeastern United States. Received its name from the island of Jersey in the English Channel. The third state in a row to enter the union state. The population of the state is 9 million people. Ethnic composition: Italians 17.9%, Irish 15.9%, African Americans 13.6%, Germans 12.6%, Poles 6.9%, Jews 5.7%. New Jersey is the first state in terms of population density. The entire territory of the state belongs to the metropolitan areas of New York and Philadelphia. The capital is the city of Trenton, the largest city is Newark. The official nickname is "Garden State".

Most popular webcams in New Jersey 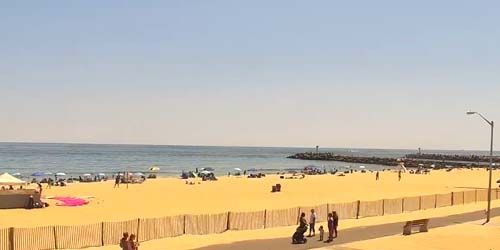 Do not forget to see other live cameras in New Jersey