Watch live broadcasts from online cameras in the Laramie. Laramie is the third largest city in Wyoming, USA. The city is located in the southeast of the state on the Laramie River of the same name, northwest of Cheyenne, the capital of Wyoming. Laramie is the center of Albany County. The city is located at the intersection of Interstate 80 and US 287. The city is home to the Laramie Regional Airport. The population of the city is 30,000 inhabitants. The city was founded in 1868 along a section of the Union Pacific Railroad. Named after Canadian trapper Laramie. Laramie became famous in 1998 after the murder of gay Matthew Shepard, a student at the University of Wyoming. The event sparked a worldwide reaction and brought public attention to hate crimes. It also became the basis for the plot of the play and film "Project Laramie".

Most popular webcams in Laramie 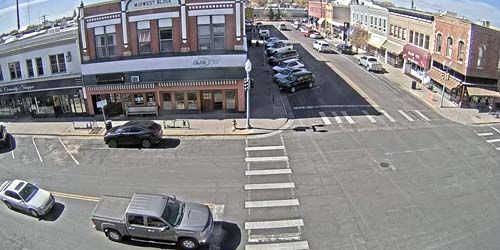 Do not forget to see other live cameras in Laramie