Wait for the camera to load, watch online Park Madison Square, find out the weather in New York

Madison Square is a public park in the Flatiron district in Manhattan. The park is bounded by Fifth Avenue, Broadway, East 23rd Street, Madison Avenue and 26th Street. In 1686, the governor of New York, Thomas Dongan, approved the city charter, according to which most of the territory on which the square is now located was transferred to municipal ownership. In 1794, a cemetery for the poor was formed on this site. Three years later, it was moved to the place where Washington Square Park is now located. At the beginning of the 19th century, the territory now occupied by the square became part of a 97-hectare site that housed military huts, an arsenal and a cemetery for the poor. In 1814, this site was named in honor of the fourth President of the United States, James Madison, and was reduced to 36 hectares. Madison Square was opened on May 10, 1847. He quickly gained popularity among wealthy citizens. Modern newspapers wrote about the park: a highly fashionable part of our rapidly growing city. All this you can see through the webcam Park Madison Square - New York. Live stream from the online camera Park Madison Square will allow you to see live what is happening in New York. Observe the sights while traveling online. 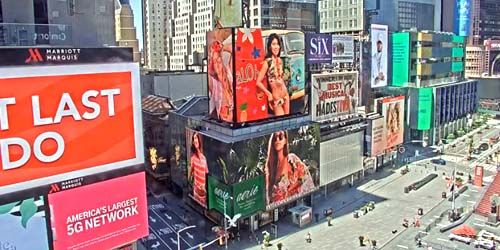 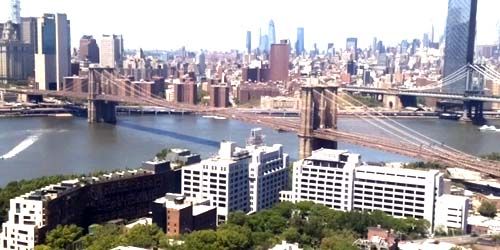